Warning: Excessive use of lens flares may cause confusion, frustration, facial distortion, distraction from story, and tarnishing of what could have been impressive visual effects.

After being contaminated by the effects of nuclear warfare, the Earth is left with just two safe places to live, the United Federation of Britain and The Colony. Douglas Quaid (Colin Farrell) is a resident of The Colony and rides The Fall, a transportation system that takes commuters from The Colony, formerly Australia, through the Earth’s core to the UFB, to work on an assembly line constructing robots after which he hops back on The Fall and heads home to his loving wife, Lori (Kate Beckinsale).

When Doug’s monotonous routine becomes too much, he decides it’s time to go to Rekall, a business that lets you chose the dream life you wish you could live and then implants the memories into your brain. Little does Doug know, his decision to assume the memories of a secret agent would flip a switch, sending countless police officers and robots after him led by Lori. Lucky for Doug, Melina (Jessica Biel) arrives just in time to whisk him away and clue him in on what’s really going on.

I like sports, but I wouldn’t say I was particularly excited to watch the Olympics. However, now that the event is underway, I can’t stop watching! Assuming quite a few of you may be indulging in swimming, gymnastics, beach volley and more, I can’t help but wonder why ParaNorman and Wreck-It Ralph are the only two features seizing the marketing opportunity.

While those two reap the benefits of airing between high-stakes Olympic events, the The Paper Boy and Killing Them Softly try to consume Web-based viewers via Web-based trailers. Both generate a great deal of intrigue courtesy of big name players and riveting visuals, but neither cross the barrier into truly alluring material that leaves you wanting more. Bachelorette and Taken 2 take steps in the right direction; Bachelorette earning more laughs courtesy of red-band privileges and Taken 2 looking less like a desperate attempt at earning a buck by milking a successful concept and suggesting there actually is some room for this story to grow.

The Big Wedding trailer looks like one big, fat star-studded flop while Anna Karenina dazzles with a new featurette showing off its grandiose setting, costumes, characters and more. The worst and best of the week? Close, but not quite. Check out what made the cut below.

Tagged as 2012 London Olympics, Best/Worst Movie Promos of the Week, House at the End of the Street, Paranormal Activity 4, ParaNorman, The Odd Life of Timothy Green, The Tall Man, Total Recall

Comic-Con 2012: Our Most Anticipated Events

What are some of those events, and what should you expect from our coverage? Click through to find out what we’re looking forward to most as the country’s biggest geek-friendly convention prepares to infiltrate our nerdy hearts later this week.

The non-Twihards might resent this, but what bigger way to open San Diego Comic-Con 2012 than with a panel for the final Twilight movie? The very first film to grace comic-con’s legendary Hall H will be the final installment of The Twilight Saga, Breaking Dawn – Part 2. This will (probably) be the last time Team Edward and Team Jacob supporters will get the chance to camp outside the San Diego Convention Center for a Twilight movie, so expect the crowd to be bigger than ever. Once the crowd files in and the panel actually begins, Robert Pattinson, Kristen Stewart, Taylor Lautner, Peter Facinelli, Nikki Reed, Jackson Rathbone, Ashley Greene, Kellan Lutz and newcomer Mackenzie Foywill all be on hand, answering questions and previewing footage.

After catching The Art of “Frankenweenie,” I took advantage of the whole purpose of Preview Night, to get a lay of the land and figure out what to plan for over the next few days.

“The Walking Dead” will undeniably be a hotspot, rocking a statue of Michonne and one of her pets, letting you step in a pose as the other pet. The Summit/Lionsgate booth was already bustling, fans of “The Twilight Saga,” “The Hunger Games” and more lining up for free swag. The Sony section was particularly impressive, offering up looks at a vehicle from “Total Recall,” a costume from “After Earth,” and ship from “Elysium” amongst other items.

Check out some photos from my quick trip around the floor below and be sure to keep an eye out for many more in the coming days.

We’re in the midst of yet another summer movie season and you know what that means; San Diego Comic Con is here to raise big screen anticipation even further, teasing fans with all the incredible action, stories and stars we’ve got to look forward to.

This time last year I was scrambling to put together a solo schedule for an event I’d never experience before, but this time around, not only am I heading to San Diego as a Comic Con veteran, but I won’t be going alone. Shockya.com will feature SDCC 2012 from both myself and Melissa Molina. Not only am I thrilled to have such a talented teammate, but we’re both very excited to bring you more coverage than ever!

What do you have to look forward to between the two of us? Here’s a brief breakdown of our plans …

Comic-Con 2012: Our Most Anticipated Events 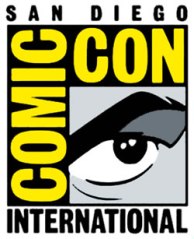 What are some of those events, and what should you expect from our coverage? Click through to find out what we’re looking forward to most as the country’s biggest geek-friendly convention prepares to infiltrate our nerdy hearts later this week.