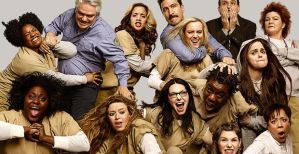 Orange is the New Black is unstoppable. It established a rock solid foundation in season 1 and season 2 uses it to go bigger in a number of ways, most notably expanding the show’s tonal range and bolstering the arcs of almost every single major character.

There’s a lot going on and often it’s too much to cover with a proper script structure, but the ladies of Litchfield are so likable and dynamic that every single ounce of material has value. Whether it’s creating a more complex character, furthering along a key narrative or even just there for a laugh, the large majority ofOrange is the New Black season 2 is comprised of scenes, storylines and relationships that you don’t want to see end. 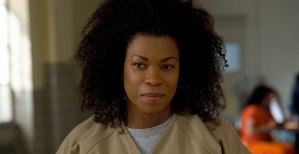 It’s happening again. Orange is the New Black is over and simply put, I’m sad. Folks were dragged off to SHU, an elderly inmate was ditched as a “compassionate release,” someone else was stabbed and poor Red (Kate Mulgrew) was slocked, but the undeniable appeal of the large majority of the characters and the wacky yet oddly comforting sense of community continues to make Litchfield feel just like home.

The final episode of season 2, ‘We Have Manners. We’re Polite,’ isn’t a particularly sound 90 minutes of television, but the show has hit a point where script structure doesn’t even matter. Orange is the New Black rocks an exceedingly well-developed setting and has an abundance of characters you’re deeply connected to in it, giving just about anything that happens to them a must-see quality. 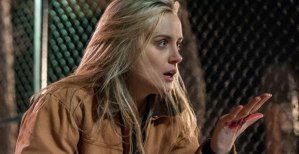 Thanks to ER, I once dreamed of stitching up wounds and managing an onslaught of trauma in the emergency room. Buffy the Vampire Slayer had me gunning for a spot on a vampire-killing dream team and Dexter made me wish I could track down serial killers with Miami Metro. Now, I want to go to prison, too.

Season one of Orange is the New Black rocked winning performances, unforgettable characters and stellar writing from start to finish, but the quality that made it especially engaging and binge-watch-worthy was the success of the cast as an ensemble. Taylor Schilling served as a strong anchor until the show blew the doors to Litchfield wide open, letting you pick the character you identified with most. But, whether you stuck with Piper, were swayed by Red (Kate Mulgrew), fell for Alex (Laura Prepon) or preferred goofing around with Taystee (Danielle Brooks) and Poussey (Samira Wiley), being in anyone’s company made the place feel like home because they all came together to form one big, strange and very lovable family.