YA Movie Countdown: The Potential Pros and Cons of Adapting ‘The Giver’ 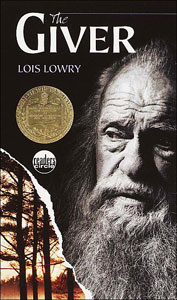 When you’re adapting a book that’s been showered in recognition and is in just about every single grade school curriculum across the country, you’re going to have your work cut out for you. However, if you do it right, the source material’s renowned status could bolster the film’s impact, and hopefully that will be the case with The Weinstein Company’s adaptation of The Giver.

In case you’re like me and managed to avoid reading Lois Lowry’s The Giver in middle school and high school, the story takes place in a society of “sameness.” As children get older, they get different items and/or privileges depending on their age. Each December, those turning seven get a front-button jacket, the eights are allowed to begin volunteer hours, the nines get bicycles, the tens get haircuts, and the elevens receive more mature garments. But it’s the final ceremony, the Ceremony of Twelve, that’s the big one because that’s the age at which a child must swap his or her volunteer hours, and essentially their youth, for a job assignment.

Sometimes you die and go to heaven, but sometimes you die and try to hang out on Earth.  That’s why there’s the Rest in Peace Department.  Based on Peter M. Lenkov’s graphic novel, R.I.P.D. stars Ryan Reynolds as Nick Walker, a top Boston detective who eats a bunch of bullets while on the job.  But, after passing on, rather than meeting his maker, he comes face to face with Proctor (Mary-Louise Parker) in the Rest in Peace Department. Nick is paired up with R.I.P.D. veteran and resident wise-cracker, Roy (Jeff Bridges), and the duo is tasked with tracking down the dead who refuse to leave Earth, known as Deados, and ensuring the afterlife and actual life remain separate.

Ahead of the film’s Friday, July 19th wide release, Reynolds and Bridges sat down for a press conference to discuss the details of joining the R.I.P.D..  Hit the jump to check out what the duo had to say about Reynolds’ mischievous childhood, the physical challenges of making the film, the lessons Bridges learned from his father, Lloyd Bridges, and loads more.

Oscars 2011: Forget Who Should Win, This Is Who I Want To Win 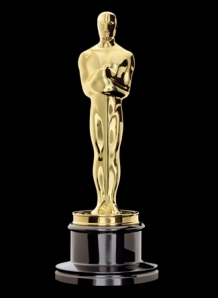 With just a day left to go until the big show, I’d like to bet you’ve had enough Oscar predictions – especially considering quite a handful of the biggest honors are considered locks. Well, I offer you something a little different; not who I think will win, but who I think should win.

Best Picture: The King’s Speech
Every Best Picture nominee achieves some degree of filmmaking prowess, otherwise, they wouldn’t be nominated in the first place. Rather than pick apart the elements and compare the contenders by the writing, directing acting, etc., this category comes down to something far simpler, yet something tougher to achieve – poignancy. Which of these films moved me most? Toy Story 3 left me in tears, 127 Hours with a knot in my stomach and Inception with my head spinning, but it was The King’s Speech that was overwhelmingly rousing. This is such a special film for so many reasons and those reasons will likely be rewarded in the other categories, but in terms of the Best Picture Oscar alone, my fingers are crossed for The King Speech based on its incredible ability to connect my heartstrings to those of the characters in the film and tug on them all the way through.

I’ll Be Pissed If This Wins: Inception
Inception may be endlessly interesting and responsible for countless summertime debates, but an Oscar for Best Picture? Come on. On top of that, even after all the discussions, who can say they really understand the movie through and through? It was fun while it lasted, but Inception’s infinite twists and turns aren’t enough for the film to stand the test of time as well as its contenders.

As a sequel to a film made in 1982 with a premise that lends itself to be visually and mentally stimulating, TRON: Legacy was guaranteed to be a spectacle. First time feature director Joseph Kosinski certainly makes due on that expectation, but not much else. Looks may not be everything, but in the case of TRON: Legacy, they’re enough to keep you entertained for almost all of the film’s 125 minutes, but beyond that, the only possible way the film will have resonance is through the Daft Punk soundtrack.

When we last left Kevin Flynn (Jeff Bridges) in the 1982 film TRON, he’d emerged from the grid and taken over Encom from Ed Dillinger, finally getting him back for when Dillinger stole Flynn’s video game code and called it his own. TRON: Legacy kicks off in 1989. Flynn’s wife passed away, he’s now a single parent to their young son Sam (Owen Best) and Flynn’s strange behavior is creating concern at Encom. Flynn regularly leaves Sam with his grandparents while he works late, but one night, Flynn never returns. Twenty years later, Sam (Garrett Hedlund) is 27 and still without a father. After receiving a mysterious page from the phone in his father’s old office, Sam heads over to Flynn’s Arcade to investigate. He sits down at his father’s computer to see what he’d been working on and, much like Flynn over 25 years ago, winds up being transported to the grid.

With no knowledge of where he is, Sam gets a quick wardrobe makeover and is tossed into the games where he must play to the death, or in this world’s case, to the derez. That’s where Sam meets Clu (Bridges), a program created in his father’s image. Flynn originally instructed Clu to create the perfect system, but Clu wound up usurping his maker and building a dictatorship. Before Clu can kill Sam in the games, Quorra (Olivia Wilde) comes to the rescue, saving Sam and bringing him to his real father who’s been trapped in the grid all this time. Together they must defeat Clu before he can gather the intelligence that would allow his army to invade the real world.