The YA Countdown: New ‘Hunger Games’ Posters, Plus: ‘The Maze Runner,’ ‘Frostbite’ and More 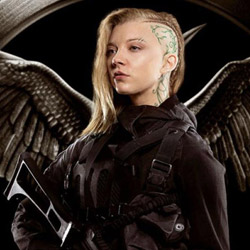 Welcome to the YA Movie Countdown, our resident expert’s biweekly guide to young-adult book-to-film adaptations.

With The Hunger Games: Mockingjay – Part 1’s November 21 release date coming up, Lionsgate just released a brand new set of character posters. That last batch primarily stuck to familiar faces, like Finnick and Effie, but this time we’re getting a closer look at some of the film’s new characters, namely Katniss’ camera crew, which includes Cressida (Natalie Dormer), Pollux (Elden Henson), Messalla (Evan Ross) and Castor (Wes Chatham). We also got a poster for Katniss’ personal protector, Boggs (Mahershala Ali), and Gale, too. You can check them all out below.

The YA Countdown: ‘Frostbite’ Fundraising Underway, First Clip from ‘Maze Runner,’ and More 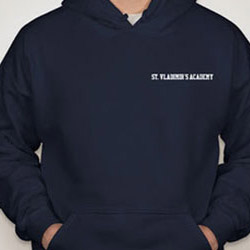 Not only are the releases for The Giver, The Maze Runner and The Hunger Games: Mockingjay – Part 1 fast approaching, but there’s also a slew of YA-to-film material flooding the Web courtesy of Divergent’s DVD and Blu-ray release. On top of that, the Vampire Academy series is still clamoring for attention and if it doesn’t get it this time around, perhaps the film franchise really will be dead.

The Frostbite Crowd-Funding Campaign Is a Go

The producers of Vampire Academy are about to take another step towards making Frostbitehappen. We’ve already told you about their plan to get a little crowd-funding going and now it’s about to happen. Leading up to today’s launch of the Frostbite IndieGoGo campaign, the producers tried to rile up some hype by teasing the initiative over at MTV and Teen.com.

The YA Countdown: Comic-Con, ‘The 5th Wave’ Release Date, ‘Frostbite’ Fundraising and More

Vampire Academy, Divergent and The Fault in Our Stars have already come and gone, but there’s still quite a bit coming up in the YA movie realm. Not only is The Giver due out in just about a month with The Maze Runner arriving soon thereafter, but both of those movies and more are mere days away from showing off what they’ve got at San Diego Comic-Con.

YA at San Diego Comic-Con

Last year was a big year for YA at SDCC. Even though there won’t be as much going on this time around, there are a few young-adult entries worth keeping an eye on.

The YA Countdown: ‘The 5th Wave,’ ‘Hunger Games: Mockingjay,’ a ‘Vampire Academy’ Sequel and More

With The Fault in Our Stars still holding on at the box office and The Giver and If I Stay creeping closer to their big debuts, there’s quite a bit of YA book-to-film promotional material floating around out there. That said, there are three standout news items that deserve the bulk of our attention. You can check out some links to new posters, stills and other miscellanea below, but then it’s on to the key components of this week’s edition of the YA Countdown: The 5th Wave, Vampire Academy and The Hunger Games: Mockingjay – Part 1.

– New poster for The Giver.
– Suki Waterhouse shows off a cool stunt while prepping for Insurgent.
– Paramount to bring John Green’s Looking for Alaska to the big screen.
– Lots of new images from If I Stay.
– Three new images from The Giver.

The time has finally come! The book-to-film adaptation of Richelle Mead’s Vampire Academyis just days away and in honor of the big debut, we got the chance to sit down with the film’s stars to discuss the highlights of bringing the Moroi/Dhampir world to life. But before we get the details on the double dose of Oscar the cat, an excess of macaroons and thoughts aboutFrostbite, here’s a little Vampire Academy 101 for those playing catch-up.

What Is Vampire Academy About?

The narrative hones in on a society broken up into three species: benevolent vampires called Moroi, undead and immortal vampires called Strigoi, and half-Moroi, half-humans called Dhampirs. The Strigoi are cruel and sadistic, targeting Moroi because by drinking their blood, they become far stronger and faster. Moroi, on the other hand, drink blood from willing feeders, humans that volunteer to keep the Moroi nourished. Trouble is, human blood doesn’t have the same effect as Moroi blood. However, the Moroi do have an ability that the Strigoi do not – they can specialize in an element. For example, a Moroi with the ability to specialize in fire, like Christian Ozera, can manipulate the element at will, even as a weapon if necessary.

It’s easy to look at the promotional campaign for the adaptation of Richelle Mead’s Vampire Academy and brand the film another Twilight or just another one-note teen supernatural adventure, but screenwriter Daniel Waters is well aware of that and expects to prove those naysayers wrong come February 14, 2014.

The film’s first teaser trailer just dropped and, as it should, only scratches the surface of the narrative: best friends Rose (Zoey Deutch) and Lissa (Lucy Fry) attend St. Vladimir’s Academy, your typical high school filled with young love, parties and gossip. Oh, and vampires, too. Lissa is a Moroi, a benevolent breed of vampire whose existence is threatened by the malicious Strigoi. That’s where Rose steps in. She’s a Dhampir, half human and half vampire, and is studying to become Lissa’s guardian in order to protect her from the Strigoi.

Again, that’s only the surface. The story is loaded with curious characters, varying relationships, sass, action and a particularly unique set of world rules. The film isn’t due in theaters until Valentine’s Day of next year, but Waters took the time out of postproduction work to give us an update on the project, enlighten us on his adaptation process, and offer some thoughts on the book-to-film potential beyond Vampire Academy. Catch it all for yourself in the interview below.