Tribeca Review: Caroline and Jackie, Death of a Superhero and Struck By Lightning

No, you don’t want to stuff a movie in a genre box, but, admittedly, that’s how I arranged my schedule for this year’s festival. I isolated the types of movies I planned to see based on the most rudimentary synopsis and just rolled with it from there. Sure, that process very likely eliminates films I would have loved that might not necessarily fit my must-see requirements, but I’ll get around to those eventually. For now it’s time to celebrate a trio of films that not only made due on my expectations, but exceeded them, offering up experiences I never could have anticipated.

What were my parameters for choosing Caroline and Jackie? Recently I’ve become an avid Grimm fan, I grew up loving The Mighty Ducks and I’ve got a sister of my own. I knew the film starred Bitsie Tulloch and Marguerite Moreau as sisters, but beyond that I had absolutely no clue what I was getting myself into and I think that made the experience all the more powerful.

Tulloch is Jackie. She’s organized, takes pride in keeping up her beautiful home, is a loving girlfriend and would do anything for her sister, Caroline (Moreau). While the latter may be true for Caroline as well, she’s the more free-spirited of the two. When she comes to visit Jackie for the weekend, her insistence on changing the plans Jackie made doesn’t only ruffle Jackie, it ultimately manifests into a nightmare. Caroline uses the evening to reveal Jackie’s skeletons amongst a group of friends. While Caroline makes a compelling case, pleading for her sister’s life, you can’t help but wonder if Jackie really is sick or, as Jackie suggests, Caroline is just desperate for attention. 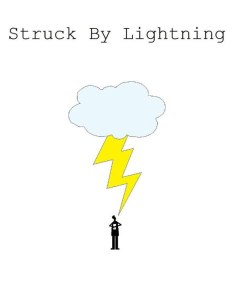 Not that there’s anything wrong with the cast of Glee, but when you get a pitch that goes, “A kid from Glee wrote a script and I want you to read it,” Saved! director Brian Dannelly’s skepticism was certainly justifiable. After reading Chris Colfer’s Struck By Lightning, Dannelly was certain nobody would make this movie – nobody except for him.

Colfer stars as Carson, the editor of the school paper, the head of the writing club and a resident of the bottom of the social ladder. He’s determined to ditch his tiny hometown and unmotivated peers, and move to the big city to become the editor of The New Yorker. But before living the dream, Caron’s got to get into Northwestern University and before he can do that, he’s got to make himself stand out. Too many wannabe journalists are editors of their high school paper, so Carson’s got to do something different; he wants to start up a school literary magazine. Trouble is, he can’t even get his newspaper staff to submit articles, so there’s no way he can get enough of the student body to participate in order to put together a sizable magazine. Good thing for blackmail!

Even though Carson can be totally unlikeable and happens to die in the beginning of the film, Dannelly found it quite appealing that Struck By Lightning was far more about the experience rather than the goal. With that in mind, Dannelly hit the ground running, tapping into his high school movie knowhow, assembling a top-notch cast with the ability to improvise, devising his shooting strategy and, ultimately, bringing Struck By Lightning to the Tribeca Film Festival. Hear all about it for yourself in the video interview below.

When you break out courtesy of a monumental hit like Glee, being branded “the kid fromGlee” is basically inevitable. However, not only is Chris Colfer a talented actor, singer and dancer, but the guy can write, too!

Colfer wrote and stars in Struck By Lightning. His character, Carson, is the head of the writing club and the editor of the Cheddar High Paper. Whether he’s writing, pleading with his paper staff to actually submit articles, attending student council meetings or really doing just about anything, Carson is outspoken and has no problem putting anyone in their place. While his brash attitude can be a turnoff and certainly doesn’t earn him “cool kid” status, Carson knows what’s important and has dreams he’ll fight for no matter what.

In honor of Struck By Lightning’s Tribeca Film Festival world premiere, Colfer sat down to discuss the process of bringing his first feature script to life. He covers the good old days when his grandmother was his very first editor to finding a director for the film to making the transition from script to screen to working with Rebel Wilson’s hilarious adlibbing skills and more. Check it all out in the video interview below. 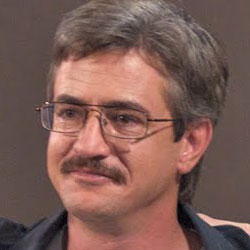 We get our fair share of dysfunctional families on the big screen, but very few to the extent of the Burnetts in The Family Tree. Dermot Mulroney stars as the papa bear, Jack. When his wife, Bunnie (Hope Davis), gets knocked out during some naughty and unfaithful role-playing, Jack finds her at the hospital unable to remember anything that happened after they were married. While trying to bring Bunnie up-to-date, Jack also must keep an eye on his gun-loving and borderline religious fanatic of a son, Eric (Max Thieriot), and his daughter, Kelly (Britt Robertson), who’s enjoying exploring her romantic options.

In honor of The Family Tree’s August 26th release in New York and Los Angeles, Mulroney took the time to talk a bit about making the film. With dozens of titles to his name, Mulroney’s experience working on set has undoubtedly changed over the years. Sure, some things are tougher as there tend to be fewer resources to go around, but the additional pressure also keeps the cast and crew on their toes, propelling their effort to bring the audience the best possible final product.

Check out what Mulroney had to say about re-teaming with his good friend Hope Davis, overcoming his past troubles learning the lines, what he’s working on next and much more in the interview below.