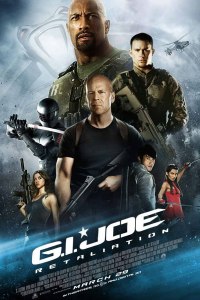 After all the hype, a little something beyond a blurry Superman in cuffs and a rather familiar looking destruction shot would have been nice, but while the posters for Man of Steel and Star Trek Into Darkness fell short, at least one of the two made up for it with a truly wicked first teaser trailer.

1. Star Trek Into Darkness Teaser Trailer: J.J. Abrams, you are officially forgiven for that mean trick you played while on Conan back in October. Not only does the Star Trek Into Darkness teaser trailer offer up a rapid-fire sequence of picturesque and explosive imagery, but it also functions as a character piece, both highlighting the villain and packing the power to make you feel his wrath.

Carrie’s first teaser trailer unveiled at New York Comic-Con made for a good start to the film’s promotional campaign; it just wasn’t enough to crack the top three. Too bad that Evil Dead has yet to hit the Web (in non-bootleg form). NYCC most certainly would have made an appearance in the Best Stuff had that been the case.

1. Alter Egos Trailer: An innovative concept on paper gives way to an oddly intriguing trailer.Alter Egos is far from your average superhero movie and is all the more charming because of it. Kris Lemche carries the trailer from an emotional standpoint, giving just enough for the viewer to make a connection, while the editor divulges just enough plot to give you a sense of what you’re in for, but leaving you curious for more.

2. Life of Pi Clip: A lengthy albeit honest introduction from Ang Lee gives way to one of Life of Pi’s most memorable moments. Not only a poignant scene in the film, this clip serves as an excellent promotional tool, too, offering up a taste of the film’s main assets – the main character’s resolve, the wildly impressive CGI and the stunning setting.