Not only did director John Luessenhop assume quite the challenge continuing theTexas Chainsaw franchise, but he even admits that before hitting the Texas Chainsaw 3D set, he didn’t know all that much about the horror genre.

Luessenhop’s Texas Chainsaw picks up where Tobe Hooper’s 1974 original left off. Sally manages to escape and when she tells the locals about what happened at the Sawyer house, they aren’t happy. Even though Sheriff Hooper (Thom Barry) is on the case, the Newt, Texas locals take it upon themselves to burn the Sawyer’s home to the ground. Twenty years later, Heather (Alexandra Daddario) is surprised to discover that an estranged grandmother has passed away and even more so that she left Heather a home. Heather heads south with a group of friends to check out her new digs and while there’s more than enough room in the massive Victorian mansion for everyone, a certain someone left behind doesn’t like guests.

Turns out, Luessenhop’s genre novice status didn’t keep him from sparking the ideas that put the film’s script back on track. After locking the job, he devoured film after film until he felt prepared enough to hit the Louisiana set and create a slasher film with a point of view that could separate it from the masses. In honor of Texas Chainsaw 3D’s January 4th release, Luessenhop took the time to discuss his self-made crash course in horror, the challenges of shooting the film in 3D, finding his Leatherface and more. Check it all out in the interview below.

It hangs out a Christmas party, has “recessed eyes,” a “farm boy body,” lays low and watches the action from a distance. What is it? It’s Leatherface, of course! Or at least that’s what Texas Chainsaw 3D director John Luessenhop decided. While at producer Carl Mazzocone’s holiday party, Luessenhop caught a mere glimpse of Dan Yeager and made it official.

Yeager takes over for Gunnar Hansen as Leatherface in the franchise’s latest installment. The film kicks off by showing what happens to the Sawyers after Sally escapes in the 1974 original, and it isn’t pretty. The townsfolk decide it’s time for the family to go, and burn their house to the ground, killing everyone – except for Leatherface. For the next 20 years, Leatherface’s grandmother keeps him tucked away in the basement of her home. When she passes away, her only living family member, Heather (Alexandra Daddario), inherits her house, including everything that’s in it.

You may know Leatherface as the hulking slasher who enjoys hacking up victims with a chainsaw while wearing a mask of human skin, but Texas Chainsaw 3Dtakes one major step towards turning this notorious horror icon into a human being with real feelings. Check out everything Yeager had to say about going from holiday party loner to a more multi-dimensional version of an iconic slasher in the interview below and catch him in action when Texas Chainsaw 3D hits theaters on January 4th.

It’s called “Texas Chainsaw 3D;” you just can’t be expecting anything revolutionary from John Luessenhop’s latest and if you are, you’ve got much bigger problems than being disappointed by another blood-soaked, subpar horror remake.

After Sally Hardesty escapes the Sawyer family in the original “Texas Chainsaw Massacre,” she alerts the local police and Sheriff Hooper (Thom Barry) drives out to the house to investigate. But before Hooper can get the Sawyers to surrender in a calm and orderly fashion, the Newt townsfolk riot, shooting the Sawyers and burning their house down.

Twenty year later we meet Heather (Alexandra Daddario). One day she gets word that a grandmother she’s never met has passed away and that she needs to travel down to Texas to sign some papers and accept her inheritance. Turns out, she’s the new owner of a gorgeous Victorian mansion. Trouble is, that mansion isn’t exactly a prime play spot for her and her friends. That mansion already belongs to someone else.

The Good, The Bad, and the Bogus: Modern Horror Heroines 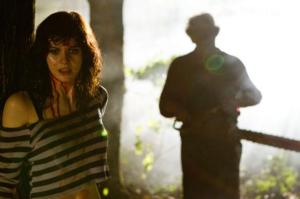 Alexandra Daddario certainly made for a kick-ass heroine battling Graham Sutter in Bereavement, but can she take on Leatherface? Watching a slasher run around, chopping up helpless victims is almost always a good time, but the experience necessitates a strong leading lady. With a market currently oversaturated with sequels, prequels, reboots, and just a few original ideas, we’re left with a wide range of heroines – the good old charming fighters, the ones that are there to give the killer something pretty to chase and nothing more, and then there are those that land somewhere in the middle courtesy of an outlandish twist or wacky behavior.

Where will Daddario fall on the spectrum? We’ll have to wait until Texas Chainsaw 3D hits on January 4th to see, but in the meantime, check out the name these modern horror heroines made for themselves during their bloodbaths. 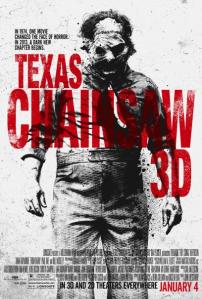 If you’re easily freaked by horror movies, Leatherface isn’t exactly a guy you want to be spending quality time with. However, while Alexandra Daddario may not have been able to put her fears aside, she did use them to her advantage as the nextTexas Chainsaw heroine, Heather Mill.

Texas Chainsaw 3D picks up where Tobe Hooper’s 1974 original left off. The folks living in Newt, Texas were well aware of a number of local disappearances, but it wasn’t until Sally Hardesty escaped the Sawyer family’s clutches that suspicions were confirmed, a town mob taking it upon themselves to burn the Sawyers’ home to the ground, killing the entire family. Decades later, in comes Heather. She inherits the property from her grandmother, but a certain someone isn’t about to let Heather and her friends enjoy her new mansion.

Many know Daddario from the family-friendly Percy Jackson & the Olympians: The Lightning Thief, but she also starred in another particularly vicious horror film called Bereavement. It’s a good thing Daddario doesn’t mind going head to head with her fears because as someone who’s spooked by a Vin Diesel action film, she certainly had a lot to contend with as the chainsaw-toting Leatherface lurked around set.

To give the iconic slasher a little face time at New York City Comic Con, Daddario came to town signing posters and talking about the franchise’s latest installment, touching on the push to turn the film’s NC-17 rating to an R, her character’s relationship to Leatherface and, in quite the turnaround, a little Fifty Shades of Grey, too. 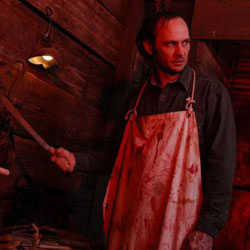 Brett Rickaby has made quite the name for himself in the horror genre over the past year. No, he didn’t have a lead role in The Crazies, but thanks to a particularly disturbing performance, he practically wound up becoming the face of the film. Still, that was only Rickaby scratching the surface of his potential because it’s in Stevan Mena’s Bereavement that the actor really gets the opportunity to show what he’s capable of and, boy, does he seize the opportunity.

In 2005′s Malevolence, Mena introduced us to Martin Bristol, a six-year-old boy who was snatched up and emerges as a ruthless killer years later. What happens during that time gap? That’s where Rickaby’s Graham Sutter steps in and Bereavement kicks off. Sutter is Martin’s kidnapper and takes the boy to his dilapidated pig farm where he shows little Martin how he tortures and kills his victims. As Sutter wipes the slate clean after every brutal lesson, nobody ever knows what happens at the old pig farm, that is until Allison (Alexandra Daddario) gets a little too curious for her own good.

Graham Sutter is absolutely out of his mind, however, it seems to take a very sane and mindful man to bring a character like that to life. While Rickaby labels The Crazies the easiest film he’s done and Bereavement the toughest, both productions still required quite a bit of work on his part. In honor of Bereavement’s August 30th DVD and Blu-ray release, Rickaby took the time to tell me all about his preparation process, inhabiting the mind of a sadistic killer, his exciting and well-deserved plans for the future and much more. Check it all out for yourself in the interview below. 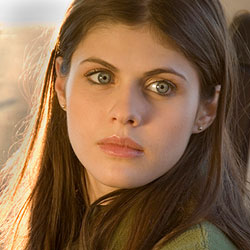 It was just about this time last year that we all started to get to know Alexandra Daddario. Yes, even back in 2010 she had quite a list of credits to her name including a small part in The Squid and the Whaleand a handful of television appearances, but it was really Percy Jackson & the Olympians: The Lightning Thief that brought her some serious attention. Now, not only is she in the comedy Hall Pass, but Stevan Mena’s latest horror film, too.

In Bereavement, the prequel to Mena’s first feature film, Malevolence, Daddario stars as Allison. After a family tragedy, she’s sent to live with her uncle and his family out in Minersville, Pennsylvania. While out for a run, she takes notice of an old slaughterhouse just down the road. Little does she know, that’s where Graham Sutter is hard at work teaching a young boy named Martin the ins and outs of torture and murder. After catching Martin in the window, Allison becomes a little too curious and takes it upon herself to investigate.

Bereavement is certainly not light entertainment in the least. Mena really knows what he’s doing when it comes to bringing a sick and twisted story to the big screen and in this case, Daddario is right in the middle of it all. She may be afraid of horror films herself, but shooting one is a different story. Oddly enough, Daddario found it far easier to perform in the more malicious moments as compared to the quieter ones. Check out what the actress had to say about that, working with Mena, her plans for the future and much more in the interview below.