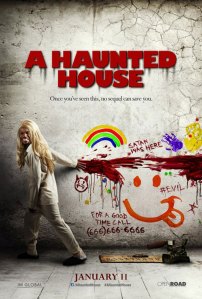 Perhaps dropping trailers for both Identity Thief and Heat the same week wasn’t a bright idea. I could just picture Melissa McCarthy running back and forth from one set to the other, swapping wigs along the way. Still, both do feature some funny gags, they’re just not funny enough to crack the top three.

1. Turbo Teaser Trailer: I could just pinch Turbo’s cheeks! Do snails have cheeks? Either way this first teaser trailer for DreamWorks’ Turbo is downright adorable and quite amusing too, courtesy of the simple-yet-poignant juxtaposition between the big-time human racers and poor little Turbo who considers crossing a finish line mere inches away in 17 minutes quite the feat.

Tagged as A Haunted House, Best/Worst Movie Promos of the Week, Jack Reacher, The Smurfs 2, This Is 40, Turbo, Tyler Perry’s Temptation: Confessions of a Marriage Counselor