In Tarsem Singh I still trust. No, his films may not be the best of the best, but you can always count on Singh to wholly embrace whatever he’s working on, push the limits and, in turn, make it his own.

In the vain of the beloved fairytale, Mirror Mirror tells the story of Snow White (Lily Collins). After losing her father, the King, she’s got no choice, but to live with her stepmother, the Queen (Julia Robert), who, fueled by jealously, banishes Snow to her room in the palace. When her 18th birthday rolls around, Snow gets curious and sneaks out of the palace and into the town where she finds that no one sings and dances like they did during her father’s rule, rather are stricken by hefty taxes, taxes the Queen collects to throw lavish parties and perhaps one day another wedding.

When Snow White catches the eye of a Prince (Armie Hammer) the Queen wants for herself, the Queen sends Snow to her death in the woods. However, with the help of a band of dwarfs, not only does Snow survive the ordeal, but grows strong and determined to restore the kingdom.

Best/Worst Promos of the Week: Vampires Are Lifeless. Go Figure.

Hot on the heels of the wild success of The Hunger Games comes the teaser for another highly anticipated young adult book to film adaptation, Stephenie Meyer’s The Host. It’s particularly simple and, therefore, not profound, but it does fair better than a certain teaser trailer for another Meyer adaptation. Also in the teaser realm, we’ve got a trailer teaser forTotal Recall. So far, so good; now we’ve just got to wait and see what the real thing’s got to offer this Friday.

There’s been quite a few new releases within the horror genre. Madison County looks pretty creepy, but it also looks like more of the same – college kids drive through the middle of nowhere and are tormented by a sadistic killer. You know the drill. On the other hand, the remake of Mother’s Day looks to be some truly twisted fun, lead by an especially wicked Rebecca De Mornay. We’ve also got a clip from The Cabin in the Woods and while the scene is pretty solid, after having seen the full film, this doesn’t do the wonderfully wild experience justice. Then again, we don’t want any spoilers in the promo campaign, now do we?

If you’re looking for something a bit lighter, the first trailer for the animated film Rise of the Guardians arrived and it’s certainly an interesting spin on all of the icons of our childhood imagination. Moving into more adult territory, we’ve got the trailer for the festival hit Safety Not Guaranteed and, sure enough, thi

The Good, the Bad, and the Bogus: Big Screen Villainesses 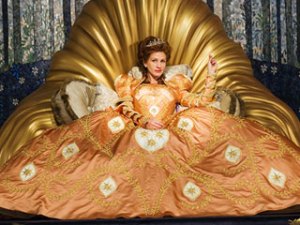 It’s been quite some time since we’ve seen Julia Roberts back on the big screen – well, in an enjoyable and lucrative type of way. It’s tough to say whether or not Tarsem Singh’s Mirror Mirror will get this iconic A-lister back on track, but based on all the promotional material that’s hit thus far, it sure looks like Roberts had a blast playing the Evil Queen.

Before we find out whether or not Roberts does do this big time baddie justice, let’s check out what she’s up against by taking a look at the good, bad and bogus of big screen villainesses.

Good: The Wicked Witch of the West

Do anything remotely mean to a dog and you’re evil to the max in my book. But not only does The Wizard of Oz’s Wicked Witch of the West threaten poor Toto, she unleashes her wrath upon just about everyone in the film, a band of the most innocent and loveable characters cinema has to offer. Sure, Dorothy had a little something to do with the death of the Wicked Witch’s sister, but a simple “I’m sorry” and “I forgive you” might have been the more appropriate route. The Wicked Witch of the West is evil in the purest form and, in turn, has become one of the most iconic villainesses in film history.

It’s finally time to breathe a sigh of relief. Not only did the film adaptation of The Hunger Games do Suzanne Collins’ book justice, but it also made an absolute killing at the box office, ensuring there’s more to come.

Weekend estimates had The Hunger Games sitting pretty with a $155 million opening domestic total, but the actuals have it just under that at $152,535,747 million, which is still enough to secure the third position on the biggest opening weekend of all time chart. Hunger Games just edges out Spider-Man 3 and its $151,116,516 start, making the only two films to outearn it opening weekend The Dark Knight and Harry Potter and the Deathly Hallows Part 2.

Now the big question is: How long can The Hunger Games hold on? While it’s nice to kick things off with such a monumental start, it also leaves a lot more room to fall, something theTwilight movies are very familiar with. While Breaking Dawn  – Part 1 and New Moon had massive openings, those opening numbers make up a whopping 49.1% and 48.2% of their total gross, respectively. You know what that means? They experienced some pretty fast declines. Even Harry Potter and the Deathly Hallows Part 2 took a tough weekend one to two tumble, losing 72% of its $169.2 million start.

It ain’t easy getting work in this industry, especially a film like Wrath of the Titans, but boy did director Jonathan Liebesman take on, well, a monster. While Clash of the Titans went on to make a killing at the box office, $493.2 million worldwide, many moviegoers weren’t particularly happy with the experience. In a way, not only is Liebesman responsible for making his own movie good, but also for making up for the last one a bit.

Sam Worthington is back as Perseus, who is now a father. With the gods’ power waning, Zeus (Liam Neeson), Hades (Ralph Fiennes) and Poseidon (Danny Huston) are unable to maintain control of the Titans and, led by their once banished father Kronos, they threaten humanity yet again. Perseus has no choice, but to leave his son and quaint life as a fisherman behind to go head to head with some of the most vicious monsters of the underworld.

Kronos, Chimeras, Cyclopes, explosions an ever-changing labyrinth, some of the most prominent actors in the business, an extra dimension and more – forget the franchise’s past; Liebesman had his hands full regardless. Now, in honor of Wrath of the Titans’ March 30th release, Liebesman took the time to sit down and run through the entire process from the preparation needed to do 3D right to the steps to making the real world elements blend with those digitally created and much more. Check it all out in the interview below.

We’ve still got massive monsters, powerful gods and a ton of epic battles, but director Jonathan Liebesman and co. are making big changes with their Clash of the Titans sequel, Wrath of the Titans, and one major step in the right direction is the inclusion of some comedic relief courtesy of Toby Kebbell.

Kebbell steps in as Agenor, the forgotten son of Poseidon and, therefore, Perseus’ (Sam Worthington) cousin. When the mortals stop praying to the gods, they lose their powers, leaving them helpless against the Titans. Now the safety of the world lies in Perseus’ hands, but in order to find the location at which he must start his journey, he needs the self-proclaimed Navigator, Agenor. Along with Queen Andromeda (Rosamund Pike), they trek through Cyclopes territory and on in an effort to find a way to keep the Titans and Kronos from ravaging the earth.

Sure starring in a major motion picture sounds glamorous, but in Kebbell’s case it involved being covered in mud, wearing tiny costumes in cold weather, having to hit marks perfectly for the sake of visual effects and more. However, as a guy who prefers to be on set even when he’s not called, making Wrath of the Titans was a pleasure for the actor. Read all about his experience in the interview below. 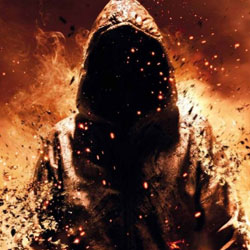 Ever have a recurring nightmare? Something you just can’t quite get out of your head? Well, Intruders is here to show you that your mid-slumber horror stories are nothing compared to two poor kids’ experience with Hollowface.

In Spain, Juan (Izán Corchero) regularly wakes up calling for his mother, insisting there’s someone in his room. In England, Mia (Ella Purnell), is having a similar experience. Her father, John (Clive Owen), does his best to help her overcome her fear, but there’s just so much John can do when Hollowface feels so real.

With Intruders due out on March 30th, Owen and the film’s director, Juan Carlos Fresnadillo, took the time to sit down and discuss their disturbing creation. The duo addresses the film’s psychological nature, working with child actors, combining two storylines into one narrative and more. Check it all out for yourself in the video interview below.